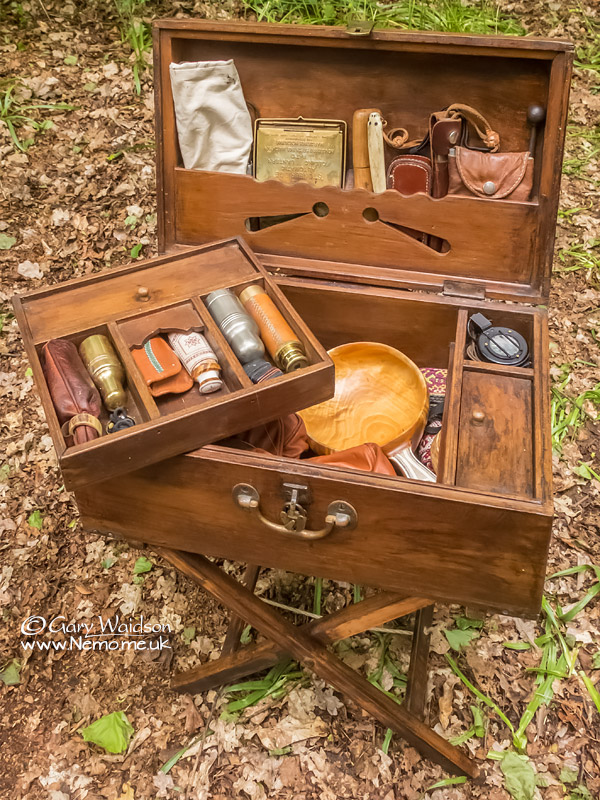 When travelling or camping outdoors I find it useful to have somewhere to store all the little things that often needed but easily lost.

This is something that has been known throughout history and has resulted in many solutions such as this.

Based upon an old sailors “Ditty Box”, which I found at a market, I have converted it into something more like a “Campaign Chest” often used by military officers on the move.

The full story of it’s conversion can be found of my Ravenlore site and the contents will vary according to needs but I include it here for those that might enjoy such objects or projects.