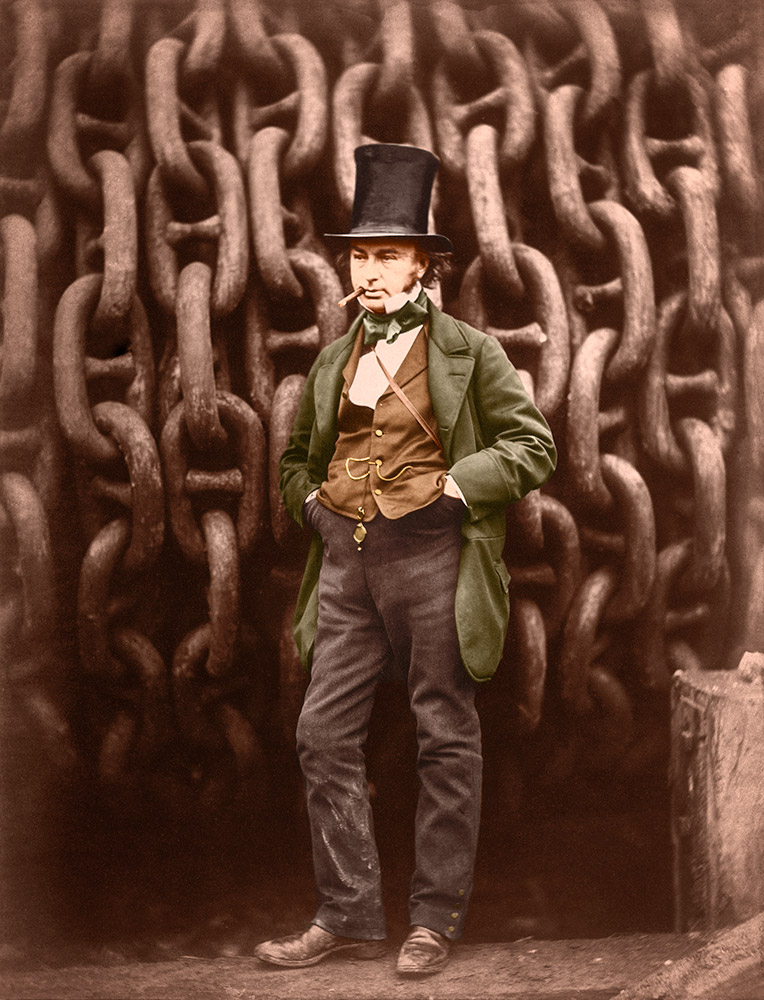 Sadly this image marks the end of an era in many ways. Robert Howlett died of typhoid at just 27 years of age, little more than a year after this iconic photograph was taken. When it was time to launch the ill fated ship, it stuck on the slipway and took several attempts to get it onto the water. On September 5th, 1859, while surveying the vessel on the eve of its maiden voyage, Brunel suffered a stroke. Four days later, there was a huge explosion on board, and five stokers were scalded to death, more were badly injured and one man was lost overboard. News of this disaster may well have hastened Brunel’s death a few days later.

I chose IKB for a project at school as he fascinated me even then. It wasn't just what he achieved but the way he did things, with a bit of a flourish, that I admired. (The legend of the BoxTunnel sunrise on IKB's birthday being a fine example.)

For the Steampunk Engineer character I am currently developing, I wanted to reference the inspiration of this memorable image but without simply replicating the costume which would have been a bit too much like living history again, a habit I do find hard to break.

What I chose to do here was focus on the chains.

The huge chains you see behind him are wound around the stern checking drum which was designed to regulate the huge ship's decent down the slipway on launch. As mentioned above, this proved to be more of a problem than anticipated.

The other, more delicate chain in the picture is the "Double Albert" watch chain on his waistcoat.

Named after Prince Albert, this fashionable type of chain featured two longer lengths and a shorter section to which a small fob, or locket was attached. The pocket watch would have been attached to one arm of the chain, we cannot be sure what the second arm held but it could have been a pocket knife, watch key, compass, cigar cutter, or something of that type. Such chains are normally worn draped as opposed to pulled tight.

My thinking was to associate the two chains by using a replica of the distinctive stud links of the larger chain to make my own Double Albert style watch chain. The extra arms would also allow me a number of interchangeable possibilities for displaying some of the nice pocket antiques and tools that I have collected along the way.

When I first started thinking about the Victorian clothing I wanted to wear for Steampunk, this was an image that immediately came to my mind.

It is a very famous photograph taken in November 1857 by Robert Howlett , a remarkably talented photographer who is often acknowledged for this image being one of the first environmental portraits ever taken.

The gentleman in the picture is of course the famous engineer, Isambard Kingdom Brunel. He is standing on the dock where the SS Great Eastern was built shortly before it’s launch.

(Note: I have applied some subtle tinting to this version. So many people think the Victorian Age was all “Sepia”.    Far from the truth.)

Here it is shown with a single watch chain above as well.

A subtle detail perhaps but this illustrates nicely how my mind works on stuff like this and will also be a humble tribute to two of my early heroes. 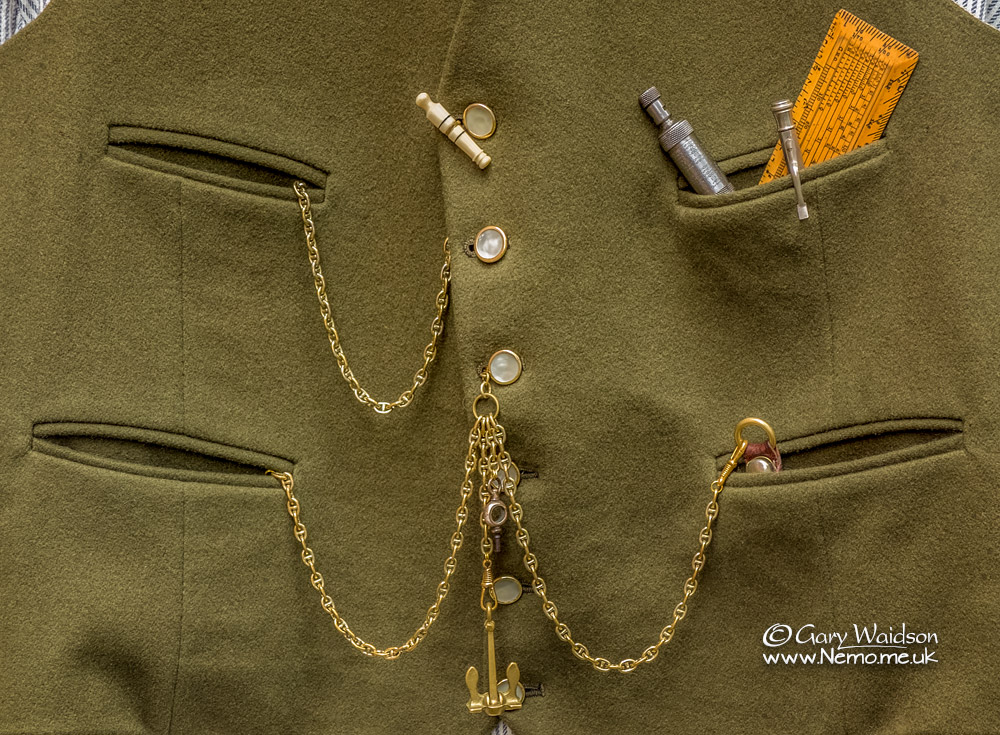