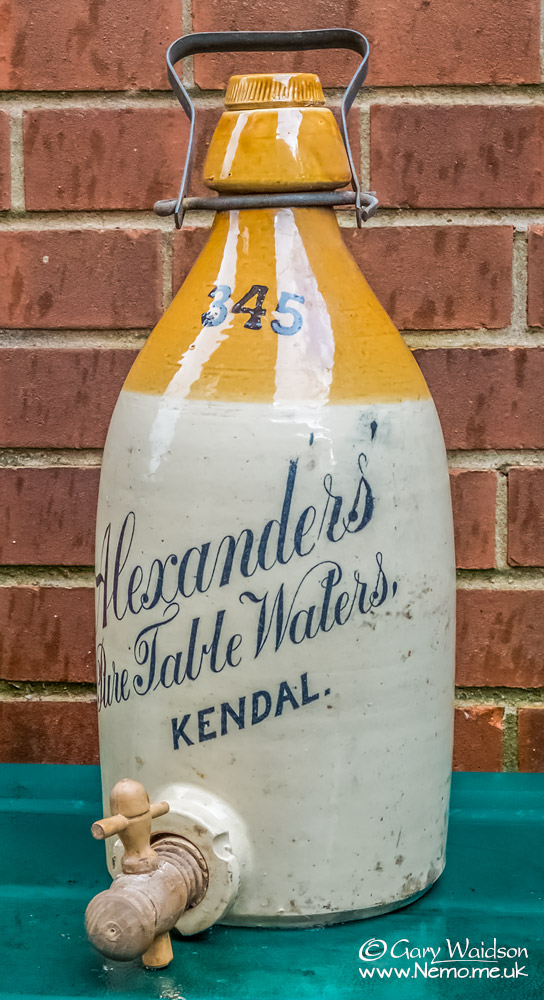 This is something that has been in the family longer than I have.

It came from my Nan’s house in Tebay and was in my parent’s garage for as long as I can remember and since then has been in mine.

I don’t know much about it’s history but this article from the Westmorland Gazette:

“December 8, 1951 - BOUGHT by Messers Dutton's Blackburn Brewery three  or four years ago, the old established Beazon Brewery, Kendal, has now  been closed by the owners.

When the premises changed hands their use was continued by the mineral water part of the business but now, because of rising costs, this is  also to be transferred.

It is understood that the employment of only five men is immediately affected.

Some of the staff were being offered new work, though the housing was  the difficulty in arranging transfers to the brewery at Blackburn.

Before being bought by the firm, the brewery belonged to Messers Jonas Alexander and Sons Ltd, and was established about 100 years ago.”

The seal is missing from the top and the cork leaks badly but I hope I can replace them.

If so this should make a nice addition to my camping kit.