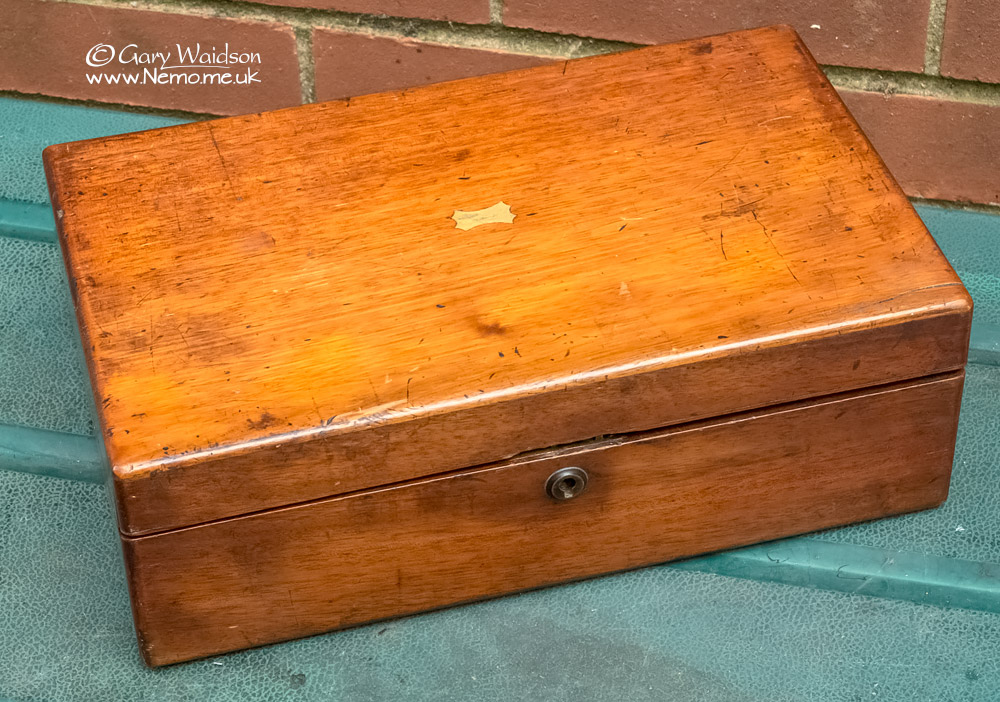 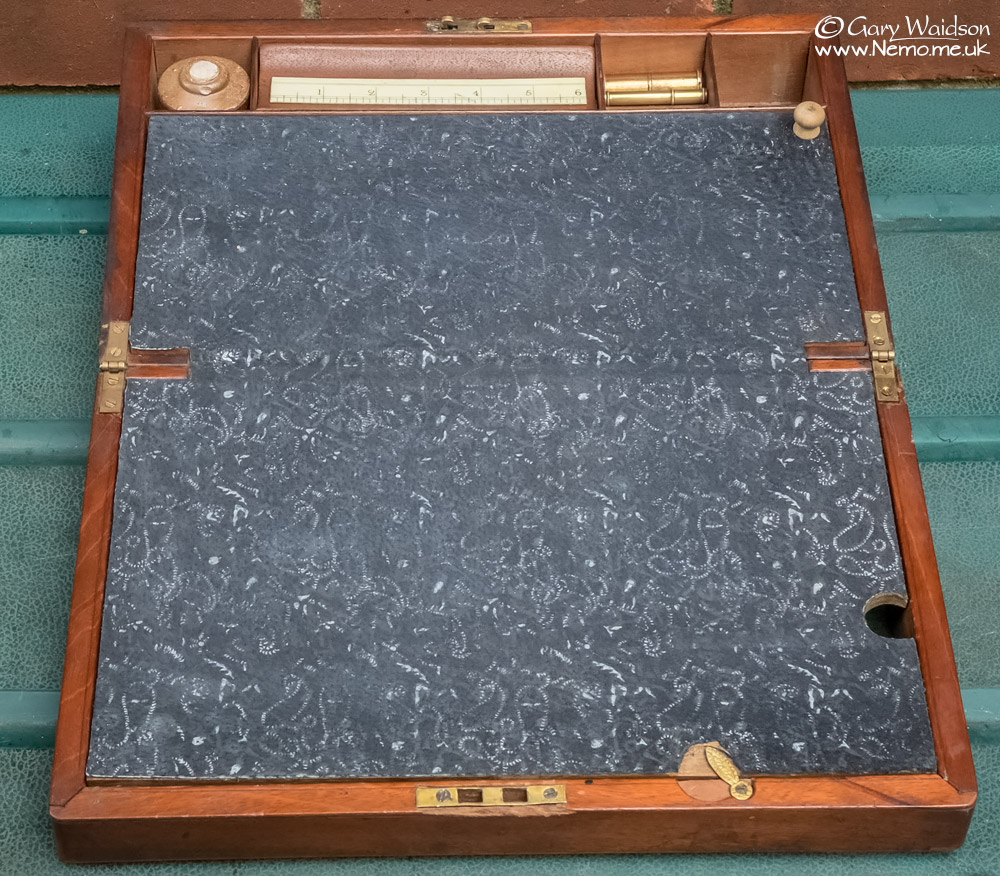 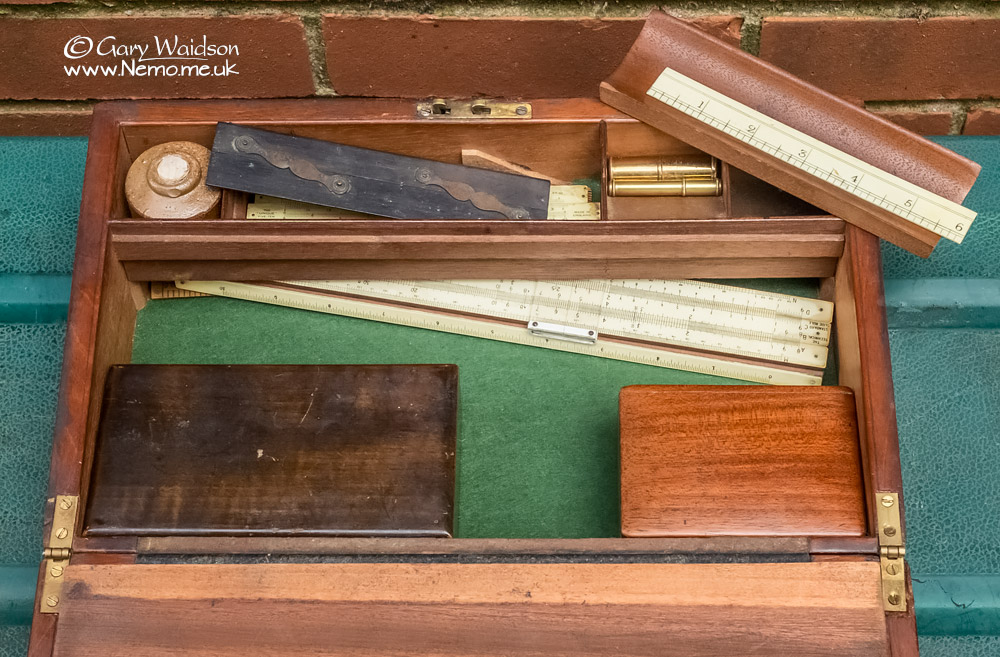 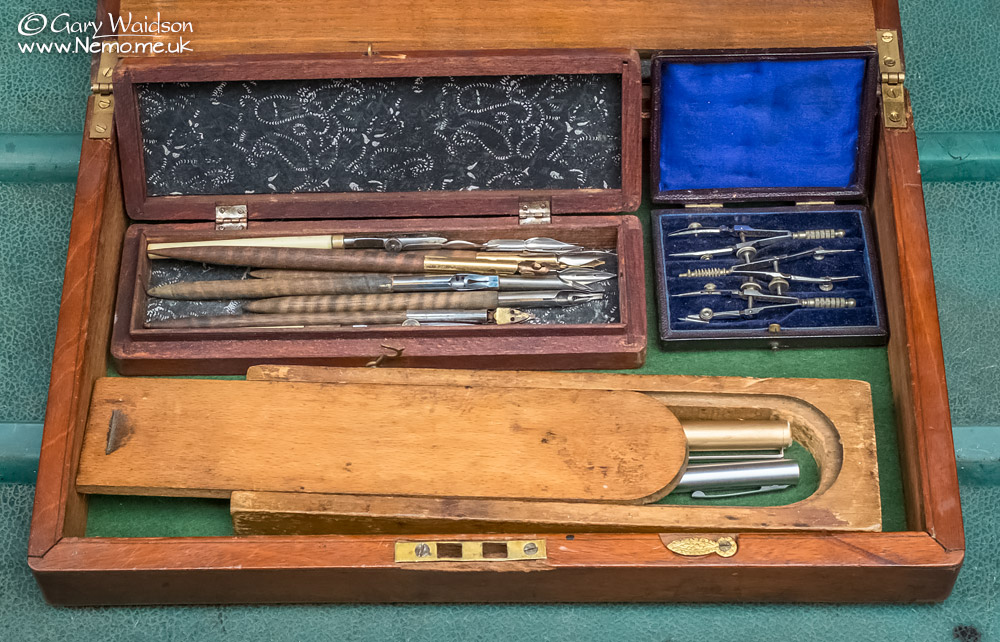 I have been collecting old stuff for as long as I  can remember. My collection has been acquired mostly from boot sales and junk shops and some of it was in pretty bad shape when I  got it.   This is one such example.

It started life as a late Victorian writing slope but it was missing just about everything it could be missing.

The slope itself was gone and had to be replaced. The ink wells were gone the lock was broken and there was a large split in the wooden base.

I think I paid a fiver for it and started working on it twenty years ago, evidently giving up not long after

It has sat in a corner ever since just acting as a plinth to display something else on. Thoughts about the Steam Tent Co-op came to it’s rescue.

I had already replaced the slope and surfaced it with some leather that had been printed with a paisley type pattern. Not great but not completely wrong either.

I think one of the things that had discouraged me twenty years ago was not having the materials to do it right.   Now of course it doesn’t have to be “right”, it’s Steampunk.

What this is going to be is a great place to store and transport some of the writing and drawing instruments that I’ve picked up in the interim.

I guess with the rise of computer aided design, these old school drawing instruments are of little value to anyone but a collector these days. To me they are tools I would have given my right arm for when I was studying design and technical drawing.

It was something at school that I had quite a flair for and everyone thought that was what I would follow as a career. I however got a glimpse of the future at a trade show where I could see that early CAD machines with their green glowing screens were going to replace human dexterity before I would even have a chance to get started. Photography tempted me instead and lasted just a few years longer but left me with skills that at least I can still use.

I repaired the split in the base and used some of the left over felt from my tool chest to line the case. The lock just needed a new spring. I still need some inkwells but someday I’ll find them too. For now, it will serve it’s original purpose once again.